Garrett’s Two Stage Serial sequential system is the ideal turbo architecture for powertrains where ultimate power density and part-load emissions are primary considerations. This Two Stage configuration is chosen by auto manufacturers either to deliver engine downsizing or to uprate performance.

Engine Range
Two Stage Serial sequential systems are typically specified for diesel engines in the 1.6L to 3.0L range, although the bulk of their adoption is for the 2.0L segment where the effect of engine downsizing or power uprating is more pronounced.

Key Features
In a Two Stage Serial system, a small high pressure turbo (HP) works together with a larger low pressure turbo (LP). The gas flow between the turbos is controlled using by-pass valves whose operation modes are based on the engine speed. At low-speed – up to about 1500rpm – the two turbos work in full serial mode, with the compressor and turbine by-pass valves closed. This provides a rapid ramp-up of boost pressure and contributes to enhanced torque and responsiveness. Beyond 1500rpm, the turbos continue to work together, but the turbine by-pass valve progressively channels more exhaust gas to the low pressure turbo until full transition takes place, usually around 2,800rpm. At this speed, both the turbine and compressor by-pass valves are fully open, regulating the gas flow only to the larger LP turbo. The latter thus continues in mono mode, optimizing fuel efficiency and performance at higher engine speeds.

In the case of engine downsizing, the impressive transient response, and enhanced power and torque offered by the turbo system enable OEMs to create more fuel efficient engines that match the performance of larger engines boosted by mono turbos.

If the focus is more on performance upgrade, the Two Stage Serial system can be adopted to drive significant improvement in power and torque, thus adding a more sporty feel to the engine performance.

In either approach, high boost pressures are available to drive Exhaust Gas Recirculation – a key factor in emissions control.

For engines where performance is a key consideration, the Two Stage system usually combines a high pressure Variable Geometry/Nozzle Turbo (VNT) with a low pressure wastegate turbo. In 2011, Garrett launched the world’s first Two Stage Serial turbo system developed for a V6 turbo-diesel engine on the Audi A7. Despite its 30 percent displacement reduction, this engine exhibits 35 percent increased power and up to 10 percent improved fuel economy. Free floating and wastegate are often paired together for more cost-effective applications such as light trucks.

Garrett engineers continue to focus their attention on upgrading system performance through optimizing packaging for the Two Stage system as well as developing specific aerodynamics for HP and LP turbos. The challenges associated with packaging, system weight and thermal inertia are focusing attention on new compact valve technologies, along with the application of thermal insulation and advanced materials to augment the effectiveness of downstream after-treatment systems. 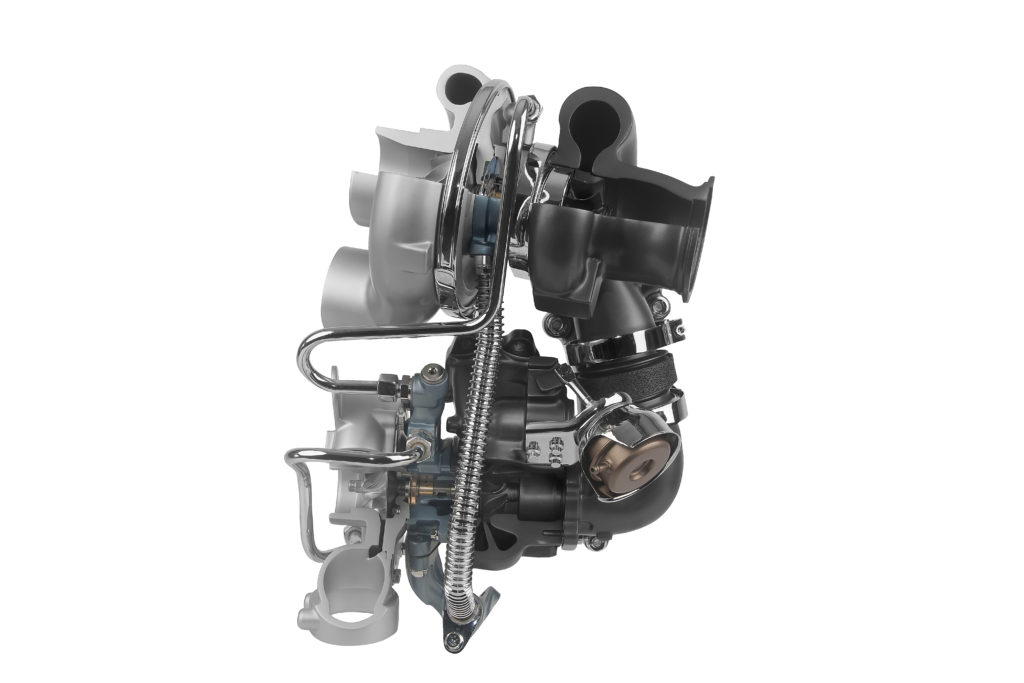 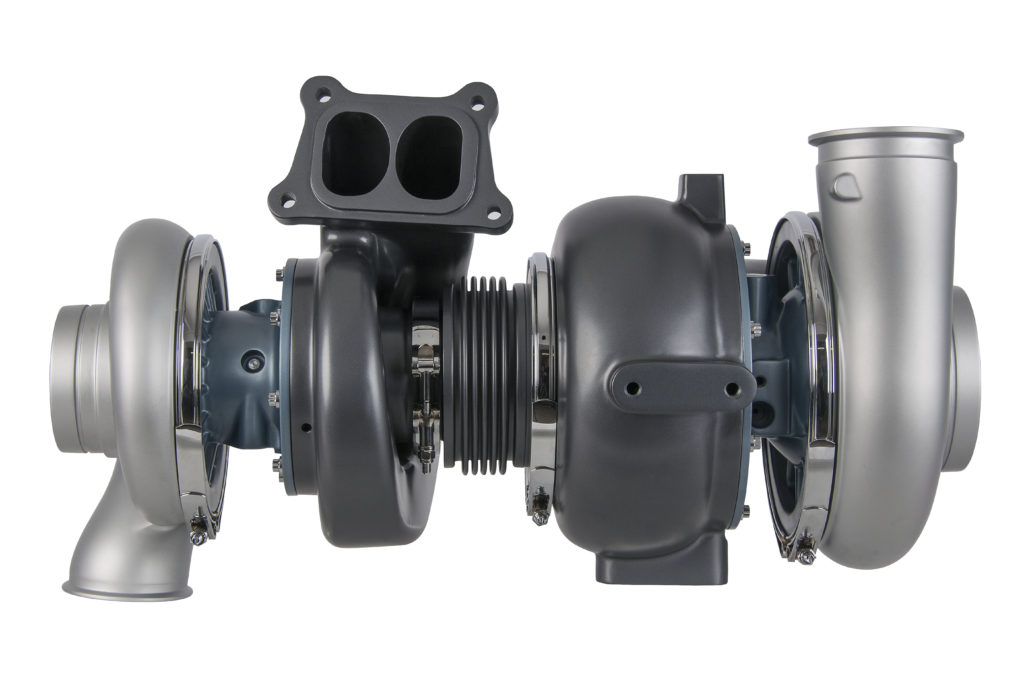