As part of its WeCare4 program, Garrett runs a month-long series of STEM events each February. From family days to technical workshops and external mentoring sessions, volunteers from the company team up with non-profit organizations, universities, and schools to inspire the next generation of innovators.

2021 was no different. Despite the pandemic, Garrett’s STEM Month celebrations were delivered with the same enthusiasm as ever – this year exclusively through live online events – reaching students who ranged from elementary school to university age.

“As a STEM advocate, I’ve seen the power science and technology has to change people’s lives,” said Craig Balis, Garrett’s Chief Technology Officer. “It’s fitting that technology enabled us to reach beyond the pandemic to inspire and create opportunities for hundreds of future engineers and scientists around the world.”

Many Garrett engineers committed their time to help educate and guide the next generation.

The team in Brno, Czech Republic, boosted knowledge and know-how within the Student Race Team at Brno Technical University with a session on powertrain theory – a critical technology area when building efficient race cars.

Brno wasn’t alone.  From the U.S. to India and many other places in between, Garrett volunteers created STEM-based opportunities for talented young people.

Cris Lupu, one of Garrett’s STEM Month volunteers in Bucharest (left), and Raluca (right) one of the students participating to the STEM for Girls event organized by Garrett “face to face” during the webinar.

The Garrett Women’s Network in Bucharest, Romania led by example to encourage university students to follow a STEM career, while in India, Garrett ran a virtual networking event for all Garrett interns.

Exploring STEM has no age

Of course, age is no barrier to exploring STEM. Garrett invited younger students to get involved, starting with the children of its own employees. Under the watchful eye of their parents, young girls and boys grabbed cardboard, scissors and glue and started experimenting. In Presov, Slovakia, a STEM Academy was initiated, with one science experiment mailed out to the children of employees each day throughout February.

At the same time, children in Bucharest, Romania envisioned “The Car of the Future” through science events and drawing and essay competitions. The results were imaginative and spectacular, with vehicles designed for roads, air travel and space…and most importantl

Garrett teams also organized or sponsored external events for children. In Bucharest, a Garrett-supported program is enabling the creation of 250 STEAM (STEM + art) clubs in schools and was officially launched by “Stiinta & Tehnica” Magazine through a live meeting between schools and Dumitru Prunariu – the first Romanian cosmonaut. This initiative will also engage children in 10 high profile science conferences in the future.

In Torrance, California, some of Garrett’s women engineers spoke to middle school students on the importance of STEM, and of diversity in STEM.

The efforts of Garrett volunteers won’t stop here – there are many more programs and workshops for young people planned during the upcoming months, including initiatives focused on enabling access to University Education through scholarships, on educational programs, and University partnerships.

The best is yet to come. Stay tuned! 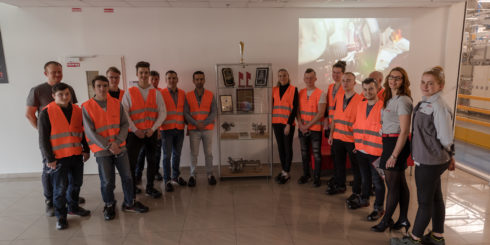 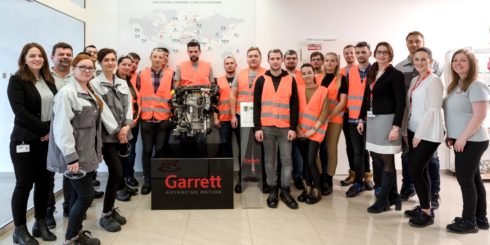 From California to India and many locations in between, Garrett research and development centers, plants and offices opened their doors throughout February for students, employees’… 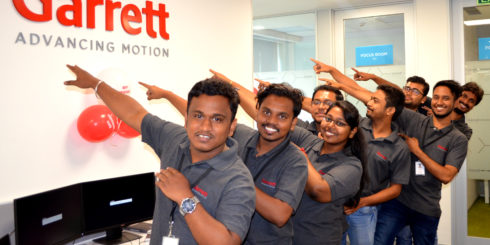 When some of India’s brightest engineering and technology students were selected for Garrett India’s internship program, they expected technical challenges. . . but not the… 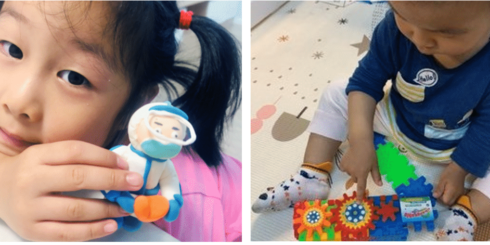 The Garrett China WeChat audience voted on their favorite submissions for the Children’s Day STEM Challenge and the winners were announced in June. Hong Shu…