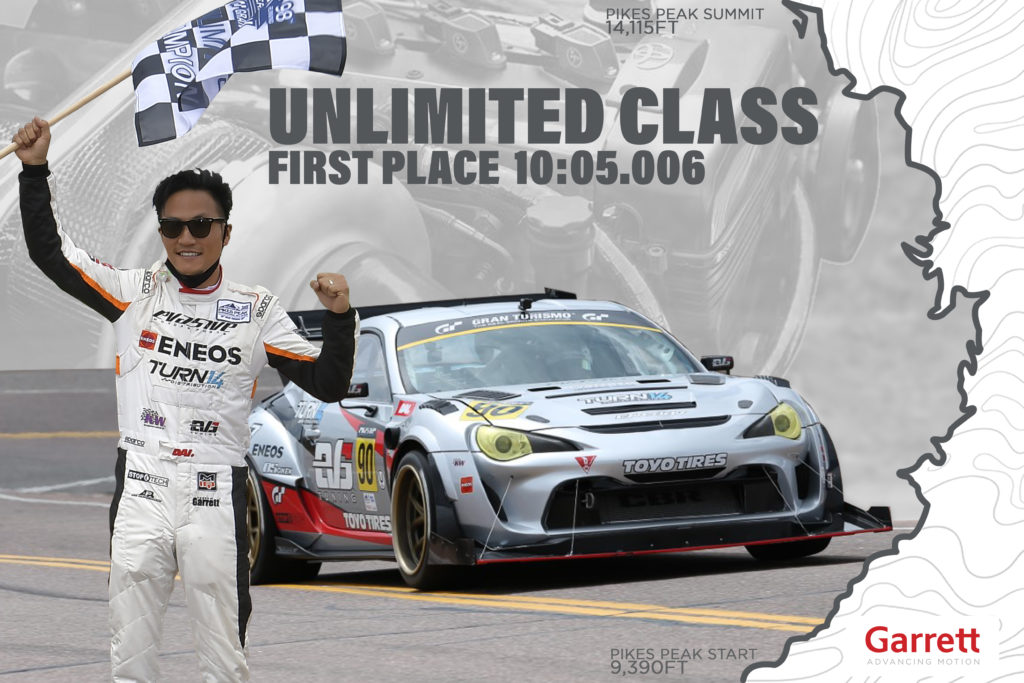 We always get excited for Pikes Peak week because it’s a tough race with massive elevation gains and it puts our turbochargers to the test to keep the cars at full power all the way up the mountain. As a naturally aspirated car drives higher up a mountain road it starts to lose more and more horsepower because less and less oxygen enters the engine cylinder per cycle. As a general rule, a naturally aspirated combustion engine will lose 3% of its power for every 1,000 ft of elevation gain. If you have 100 horsepower at sea level by the time you get to the summit of Pikes Peak at 14,115 feet of elevation your engine is making only 50 horsepower. This is why many of the top cars to race Pikes Peak utilize a turbocharger which can reduce or eliminate power losses at high elevations.

Daijiro Yoshihara is one of those competitors to use a Garrett turbocharger for this race. The Evasive Motorsports Toyota 86 race car is powered by the new G42-1200C turbocharger to provide better efficiency and power than the GTX3852R Gen II that was used in 2019. The 3.4L 2JZ engine pairs well with the larger G42 turbocharger to reduce back pressure and heat build up without losing response.

With the new turbo setup and livery, Dai was ready to race to the summit. The team faced some minor issues with the car during the practice sessions and ended up with multiple sleepless nights fixing the car to get it ready for race day. The qualifying results left the team starting last on race day. That’s not a bad thing because the cars race against the clock, however it could give Dai less than favorable weather conditions during his official run because it can be warm and sunny at the start line and cold and icy at the top. “The mountain decides “, is  the saying at Pikes Peak and Dai and the Evasive Motorsports team was well prepared for their official run to the peak. Dai piloted the Toyota 86 through 156 turns and 12.42 miles to the summit in a time of 10:05.006 earning him the fastest time of the day for the Unlimited Class and 9th overall out of 42 teams.

Dai says, “We overcame so many obstacles up until an hour before we rolled up to the start line. So many things could’ve gone wrong and prevented us from making a run but we persevered. I’m so proud of the team and can’t thank them enough for all their hard work leading up to the event and during race week. I was so happy to be able to take the car to the finish line and ended up winning the Unlimited class! A truly amazing feeling. Thank you for all the sponsors and those who helped us out!” 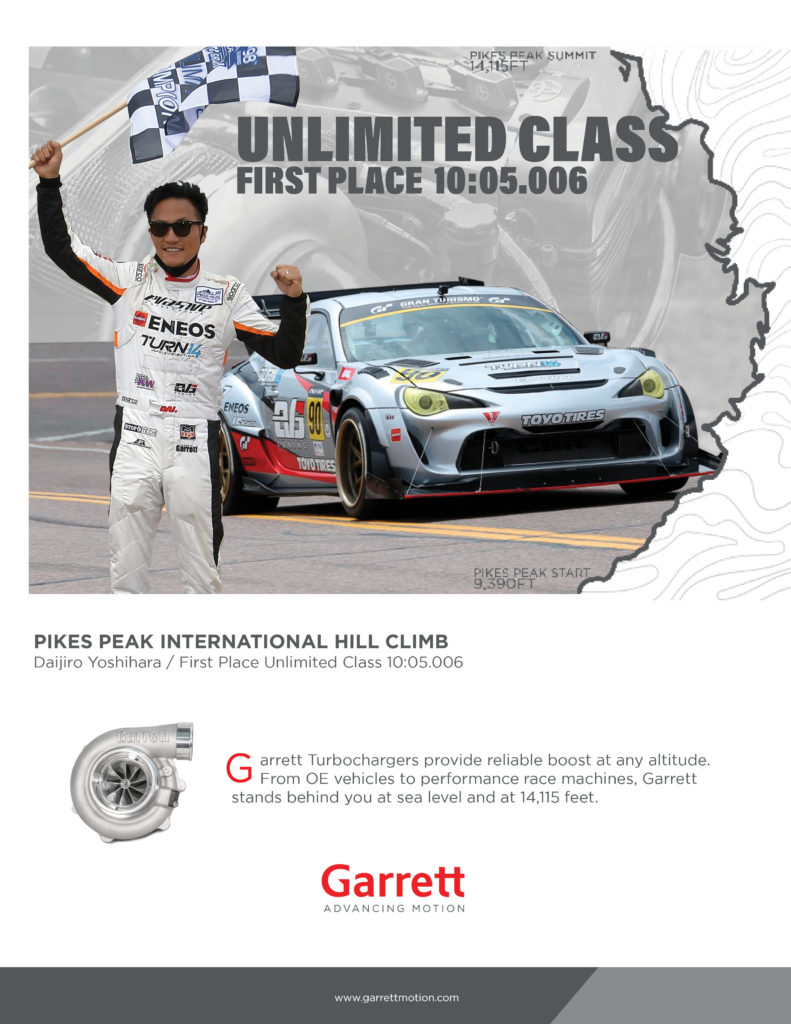