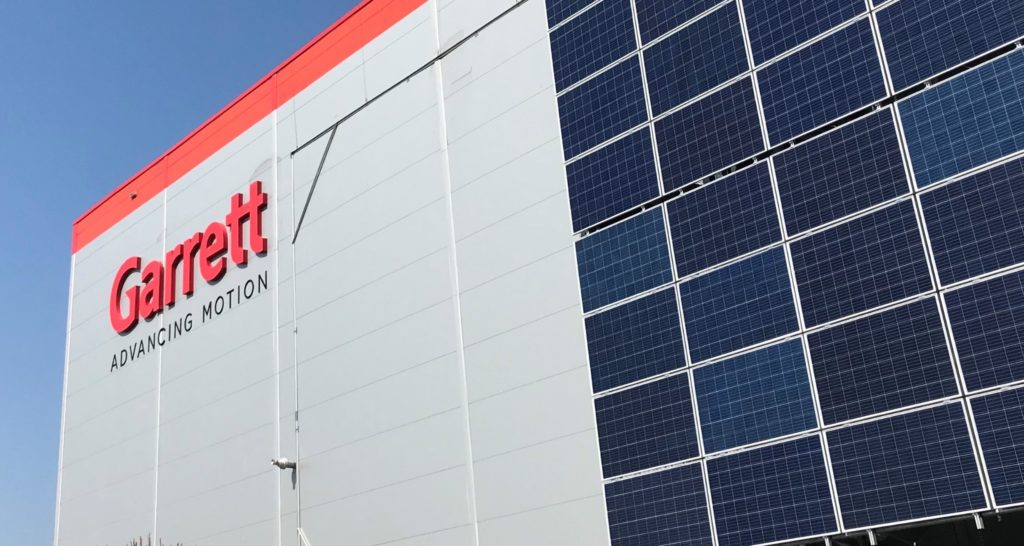 Garrett Motion earned a “B” ranking for the third consecutive year from the environmental non-profit organization CDP in its annual Climate Change score.

“Garrett is committed to reducing our impact on the environment through strong systems and processes that drive continuous improvements,” said Charlotta Lyon, Garrett’s Director of Sustainability Development. “These commitments start from our focus on developing emissions-reducing technologies, to making our environmental footprint smaller including carbon, energy, waste and water.”

For the first time, Garrett was also rated in CDP’s “Water Security” category, earning a “C” grade. CDP’s ratings scale spans from “A” at the top of its scoring, down to “D-” with each letter grade representing various levels of climate change leadership, management, awareness, and disclosure.

A recent example of Garrett’s improvement actions is its continued investment in renewable energy that is directly leveraged at production locations around the world. The company’s expanding solar panels initiative has saved hundreds of thousands of tons in CO2 emissions annually across three manufacturing sites in Slovakia, Mexico and India, with additional installations expected to be launched throughout 2023 and 2024.

CDP’s assessment comes on the heels of Garrett’s Gold ranking status from EcoVadis at the end of 2022, placing it amongst the top 2% of all companies in the Industry sector for sustainability progress.

CDP is a global non-profit that runs the world’s environmental disclosure system for companies, cities, states and regions. Founded in 2000 and working with more than 680 financial institutions with over $130 trillion in assets, CDP pioneered using capital markets and corporate procurement to motivate companies to disclose their environmental impacts, and to reduce greenhouse gas emissions, safeguard water resources and protect forests.

Nearly 20,000 organizations around the world disclosed data through CDP in 2022, including more than 18,700 companies worth half of global market capitalization, and over 1,100 cities, states and regions. Fully TCFD aligned, CDP holds the largest environmental database in the world, and CDP scores are widely used to drive investment and procurement decisions towards a zero carbon, sustainable and resilient economy. CDP is a founding member of the Science Based Targets initiative, We Mean Business Coalition, The Investor Agenda and the Net Zero Asset Managers initiative.