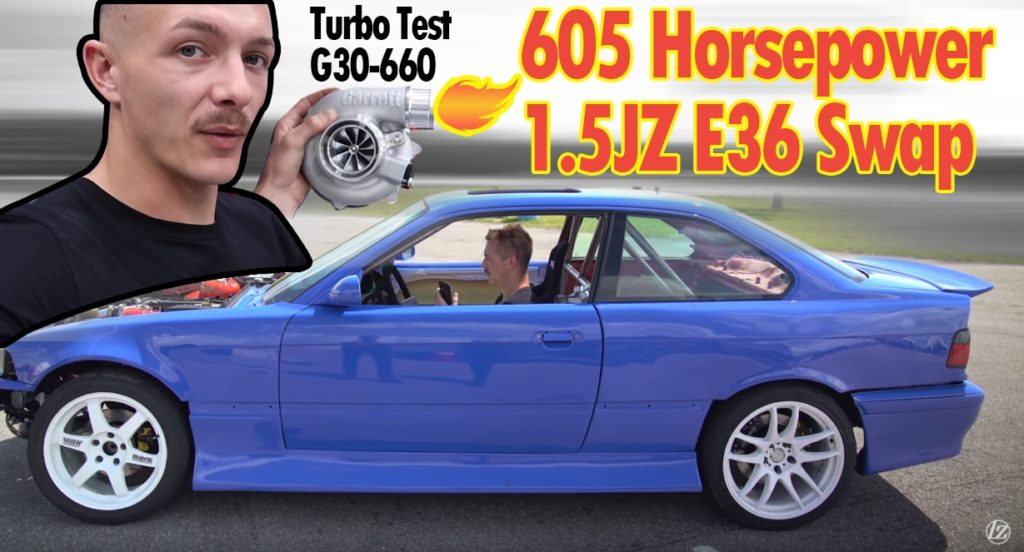 The BMW E36 is a popular vehicle platform for the aftermarket performance community and has hundreds of products designed specifically to increase the vehicle’s performance and driveability. The E36 is mostly modified for drifting and time attack applications because of a nearly 50/50 weight distribution, sturdy chassis and great looks. We caught a glimpse of Adam LZ’s BMW E36 drift car and did a double take when we saw the engine bay because it has a Toyota 1.5JZ motor swap making 583 horsepower and 619 lb-ft of torque at 7000 RPM with a single 54mm G30-660 turbo! Follow along as we dive into how he and the crew did it.

What Is A 1.5JZ Engine Swap

In short, it’s when you mate the top end of the 1JZ engine with the bottom end of the 2JZ platform. You gain 0.5L of displacement making this a 3.0L engine combo which will allow the G30-660 turbo to spool quicker and give the driver a larger powerband. With some modifications to the oil passages and engine block, a new coolant neck, it’s relatively straight forward. The 2JZ engine block is a little taller than the 1JZ so the piping to the intercooler must also be modified. In this scenario, the original 1JZ was working for a little while until the crank bearing wore out and forced Adam to pull the motor to inspect. Luckily he had the 2JZ motor laying around the shop so it seemed like a good time to repurpose the unused 2J to get the car running again. See more below in the video.

Getting The Tune Dialed In

Installing parts is one thing and usually it’s the easiest part of a build. One of the most complicated parts of a build is tuning the ECU so the engine response properly to the modifications and the boost. Too much boost too early will break the tires loose and to little boost will make it feel sluggish. Adam takes the car to Titan Motorsports, straps the E36 to the dyno and gets the ECU Masters tune dialed in. This car has had several dyno sessions and probably close to 100 pulls in total but the graph below is the final tune. The car made 605 horsepower and 645 lb-ft of torque at 7000 RPM on 30 LBS of boost. See below as they get the car dialed in.

In the dynograph below you can see a comparison of the original 1JZ performance compared to the performance gains of the 1.5JZ configuration. The 1.5JZ did show similar peak horsepower at 5500 RPM however it dropped off more from 6500 RPM and on that’s due to the turbine wheel reaching its limit. The most impressive difference to point out looking at the dashed lines is how much more torque and how much more response the car picks up with the 1.5JZ engine thanks to the extra 0.5L of displacement. I think this does answer the question of was it worth it? We say yes. 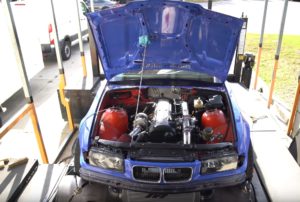 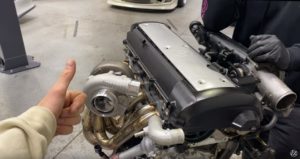 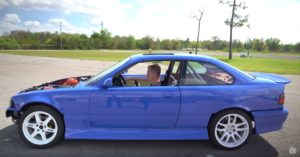