Garrett has supported the previous 19 top-tier LMP1 champions with a range of applications through two decades of development and innovation amplifying the benefits of diesel, gas and hybrid powertrains. Garrett’s ability to provide year-over-year improvements has added to the continuous technological evolution in motorsports and adoption of those technologies in passenger vehicles. 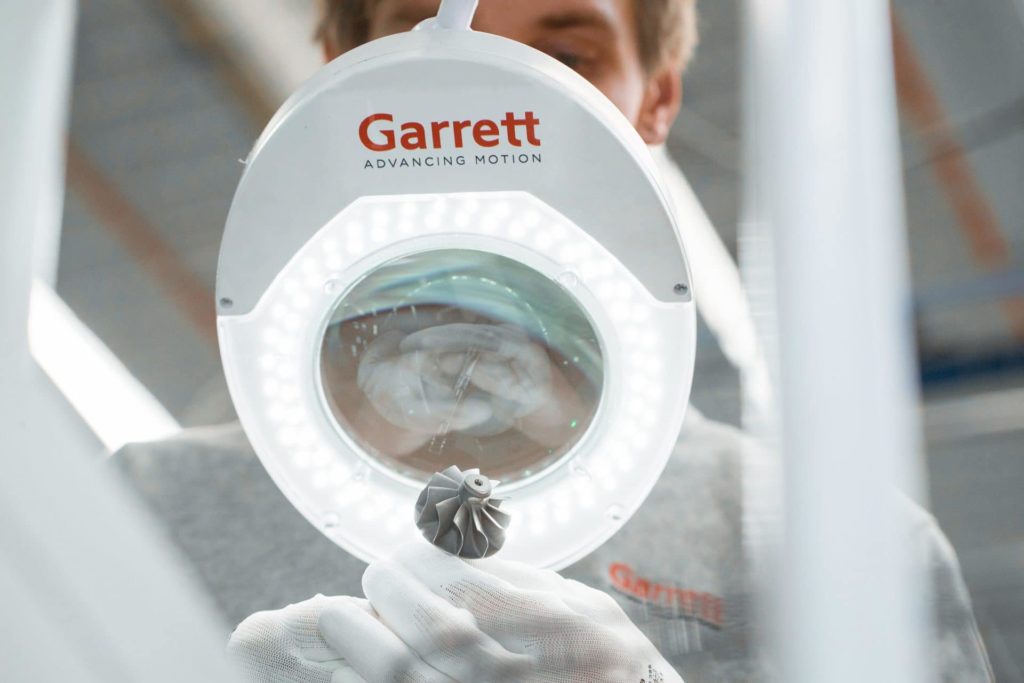 Each year, more than 1,000 hours of hands-on engineering development are dedicated for each Garrett-supported team.

Today’s era of racing is focused on high-efficiency gas turbo applications with lean combustion cycles. This year, TOYOTA GAZOO Racing will look to defend its 2018 Le Mans championship with Garrett ultra-lightweight twin turbos in the premier LMP1 class. These custom-built Garrett turbos feature ball-bearing technology for improved transient response and increased performance in terms of power and fuel economy, and designed to withstand the unique operating environment created by such a grueling 24-hour race.

Through its partnership with TOYOTA GAZOO Racing the past several years, Garrett has worked to help optimize the team’s internal combustion engine strategy using advanced lean combustion engine cycles. Garrett has established itself as an industry leader in this fuel saving strategy through its motorsport programs and having launched turbocharger applications supporting advanced combustion cycles in passenger vehicles starting in 2017.

Motorsport races, such as Le Mans, are breeding grounds for innovative automotive technologies, including electrification and ball-bearing technology. The progression of competition and regulation at the LMP1 level cultivates and encourages Garrett experimentation to push the limits of advanced technologies and engineering processes to get the most reliability, durability, and efficiency out of each power unit.

Aerial view of a portion of Circuit de la Sarthe, in Le Mans, France, via lemans.org

“Le Mans is one of the most grueling and challenging races on the planet and a key force in driving Garrett’s world-class innovation and engineering,” said Eric Fraysse, president of Global Motorsport for Garrett. “Each year, more than 1,000 hours of hands-on engineering development are dedicated for each Garrett-supported team, working directly with race crews to provide the latest turbocharging technology to meet the extreme challenges of performance, efficiency and endurance.

This work has supported our ability to bring industry changing technology forward – including in electrification and hybridization, to improvements in overall system reliability, durability, and efficiency – across our suite of turbocharging systems for racing teams and everyday drivers alike.”

In addition to TOYOTA GAZOO Racing, SMP Racing will field two cars with engines using Garrett turbo technology in the LMP1 class. Garrett is also providing distinct engineering support to all four of the Ford Chip Ganassi Racing Team entries in the GTE Pro class which use a Garrett twin-turbo setup on their 3.5L V6 engines, and to BMW Team MTEK fielding two race cars with Garrett turbos supporting its 4.4L V8 powertrain.

The 24 Hours of Le Mans endurance race in France is one of the most grueling and challenging races on the planet – it is truly a test of endurance for the drivers, support teams and, of course, the cars. Garrett Motion’s world-class turbocharger technologies and engineering expertise have helped racing teams become champions every year for two decades. We’ve compiled 20 facts from the track for both the newest Le Mans viewer and the most seasoned fan.