Between now and 2025, the auto industry worldwide will undergo an enormous transformation that will include 48-volt mild hybrids, high-voltage hybrids and electric vehicles.

One of the key enablers of the growth in new hybridized powertrains is the electric turbocharger, or “E-Turbo.”  The first application of Garrett’s E-Turbo will emerge in premium, high-performance vehicles (from 2021 onwards) and future applications will begin to appear in other segments leading up to 2025. Garrett has 10 active programs with automakers in the three biggest auto markets in the world in varying vehicle segments. The reasons for this are simple: automakers are facing similar environmental and vehicle efficiency challenges worldwide.

Urban air quality and climate change are the key drivers and new technologies, such as zero emission, connected and autonomous vehicles, are causing significant changes in the mobility landscape. Full battery electric vehicles (BEVs) are growing quickly on a percentile basis but require significant monetary and “in kind” incentives such as preferential city access, parking and exemption from life cycle CO2 counting to stimulate adoption, at least in the short term. Regulation is also evolving rapidly. Real driving emission (RDE), the clean vehicle directive (CVD), CO2 monitoring and the still-to-be published Euro 7 emission targets are being designed to transition the European fleet to one that can be measured and monitored firstly in terms of real-world emission and ultimately in life cycle CO2 footprint. However, change is not only taking place in automotive.

In the energy sector, the European Union’s Renewable Energy Directive (RED II) and the gas market design are the instruments with which the EU commission will steer the primary energy industries such as electricity and natural gas towards the goal of 90% reduction in CO2 by 2050. All these actions will take time to shape the individual industries, but convergence will be well advanced by 2025, and by 2030 it should be possible to start comparing life-cycle CO2 in a meaningful way.

Battery costs are such that there is still significant incentive to evolve internal combustion engine-(ICE) based hybrids to higher efficiency and lower CO2, compared to BEVs. Mild hybrid powertrains are the logical progression from the conventional ICE and start-stop micro hybrids that are prevalent today.

Within the next five years more than half of Europe’s turbo gasoline direct injection (GDI) engines will switch from waste-gate turbochargers to variable nozzle turbines (VNT). The combination of Miller-cycle combustion and VNT is highly potent and will enable OEMs to run Lambda 1 full map and still boast the best brake-specific fuel consumption (BSFC) points in the range of 225g/kWh compared with today’s 240-250g/kWh for most.

At Garrett, we believe the best points of 190-195g/kWh and extended islands of 220g/kWh are feasible if advanced combustion can be combined with the right boosting technology. Whether it be extreme Miller, Lean or GDCI, they all have the potential to reach these ranges and deliver even better fuel economy when combined with hybridization.

Furthermore, hybridization of the base powertrain opens the possibility of electrification of the boosting system and widens the aerodynamic design space for the turbocharger to deliver even better performance and efficiency, where it matters, under real world conditions. It’s no coincidence that Formula 1 has entered its second turbocharged age. The engines exploit lean, Miller, MGU-K and MGU-H (electrified turbocharger) to compete at high speeds and with breathtaking dynamics, and with brake thermal efficiency (BTE) of more than 46% while the vehicles are more than 51% efficient when you include recuperative braking.

Electrifying a turbocharger removes the constraint of needing a small turbine with good efficiency and low inertia to drive the compressor at low engine speeds. Instead, it allows us to right-size the turbine in a gasoline engine for Lambda 1 at rated power.

Any penalty in inertia can be more than compensated for by an e-motor and the addition of a wide range compressor can result in both improving low-end and stretching high-end performance simultaneously. A “right-sized” electrified turbocharger therefore can deliver CO2 reduction by reducing engine backpressure and supporting engine downsizing at the same time.

It might be thought that an electrified turbocharger is an electrical consumer and a potential drain on a vehicle electrical network (VEN). This is not the case and has been shown that in urban driving the turbocharger can recuperate kinetic energy in the lift off & gear change and thermo-dynamic energy in key parts of the engine map.

Said another way, the E-Turbo brings new capabilities never before seen on turbos: the ability to recuperate otherwise wasted energy as an electrical generator to power the hybrid motor directly or recharge the battery in certain driving situations.  This capability can help optimize the fuel cost (CO2) of both the production and usage of the electrical energy in the vehicle.

The E-Turbo also allows for partial load supercharging to optimize valvetrains and turbocharger control in real time.  It also gives engineers a new tool for thermal management for the new RDE standards.

When combined with Miller-cycle combustion, automakers can use E-Turbos to maintain all the standard engine attributes while achieving the 5-10% CO2 reduction without compromise.  That’s significant.

As discussed earlier, analysts are predicting that the growth of new hybrids will outpace that of battery electric vehicles; we think the new E-Turbos will be a big part of affordably reducing carbon emissions, increasing fuel efficiency and make tomorrow’s turbocharged vehicles even more fun to drive.

E-Turbo | A Key Technology for EU7 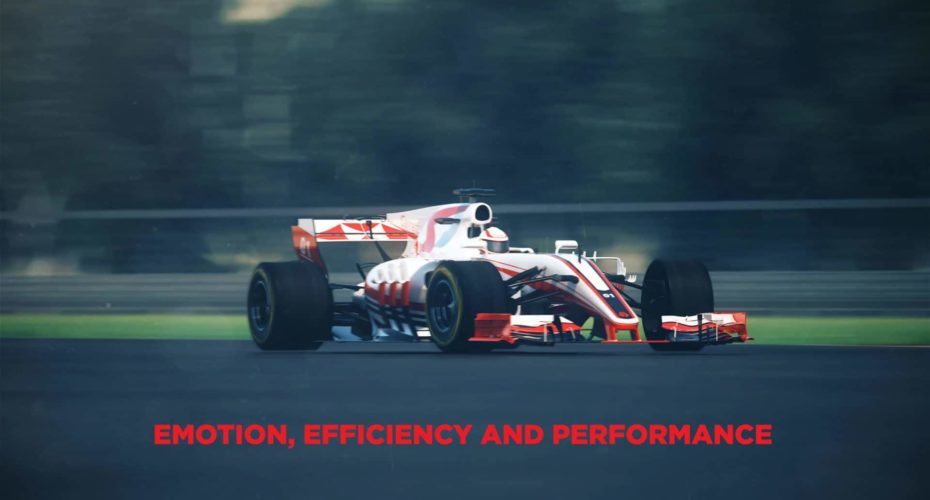