Hydrogen Fuel Cells vs. Battery Electrics: Why Fuel Cells are a Major Contender

This is the first entry in a multi-part series from Garrett Motion addressing the role of hydrogen fuel cell technology in achieving evolving global goals for sustainable and environmentally friendly energy solutions.

In this post, Garrett Senior Vice President, Marketing & Product Management Pierre Barthelet points out the inherent differences in the current state of battery electric and hydrogen fuel cell technologies and how varying duty cycles play a role in determining the right technology for the job.

In addition to this commentary, you can learn more about hydrogen fuel cell technology by downloading the full Garrett white paper

As Bloomberg News(1) pointed out toward the end of 2019, the stock prices of companies closely associated with hydrogen fuel cells are making a comeback.

Battery-electric vehicles (BEVs) have seen only modest improvements in two critical areas – lowering battery pack costs and raising energy and power density. In contrast, the costs for fuel cell components are falling much faster, and an economy of scale in manufacturing greater volumes positions them as more attractive to powertrain planners for both commercial and passenger vehicles.

And while passenger vehicles like the Honda Clarity Fuel Cell vehicle, which Garrett has supported since 2016, and the more recently unveiled 2021 Toyota Mirai have captured a good deal of media attention, some arguably bigger moves are being made in the commercial vehicle market.

Why the renewed interest in these larger fuel cell vehicles?

The chart below begins to answer the question. In the simplest terms, adding more battery capacity – this currently means any type of battery – to a vehicle yields diminishing marginal range. With an internal combustion engine or fuel cell, you get essentially a 1:1 increase in driving range for each additional measure of energy storage capacity. Said another way, if the car in your garage has a 15-gallon fuel tank with 400 miles of range, doubling the size of the tank would yield slightly less than 2x that range. The additional mass of the fuel and bigger tank means you can’t get an exact 100 percent increase. As the chart above shows, this nearly 1:1 increase of range with added energy storage is also true with hydrogen fuel cells.

The reason battery packs don’t enjoy this same kind of scale with relation to driving range is that battery packs, compared with both fuel cells and gas/diesel engines, hold comparatively little energy.

Another Consideration Guiding Use Cases: Time to Re-Fuel

Charging station maker Clipper Creek has published a detailed chart (2) that shows the charging times with battery electric vehicles. While Level 3, high-voltage chargers can give 80 percent charges in 30 minutes, most home units – even those with higher-voltage 240v chargers – take 3 to 18 hours to fully charge vehicle batteries.

It’s important to note that charging times are wholly dependent on the on-board battery charger, the power source, and the size of battery, all of which vary widely in today’s market.

For many drivers who have a garage or somewhere to charge overnight, these charge times, typically measured in several hours even on 240-volt service, are acceptable.

But for commercial vehicles, taking two to four hours out of an eight-hour shift to recharge is not economically beneficial. For very low-powered applications, like India’s electric rickshaws for example, having easily accessible battery packs that are swapped on the fly (3) becomes a very real solution to the still-as-yet-unresolved long-wait battery charging problem. On commercial vehicles like city buses or garbage trucks, the batteries become too large and heavy to easily change out.

In the still “new world” of charging BEVs at public stations, researchers have found that well over half of the time that BEVs park in spaces used for public charging they aren’t being charged (5). So even with faster charging, owners want to park and leave, thereby preventing someone else from refueling. 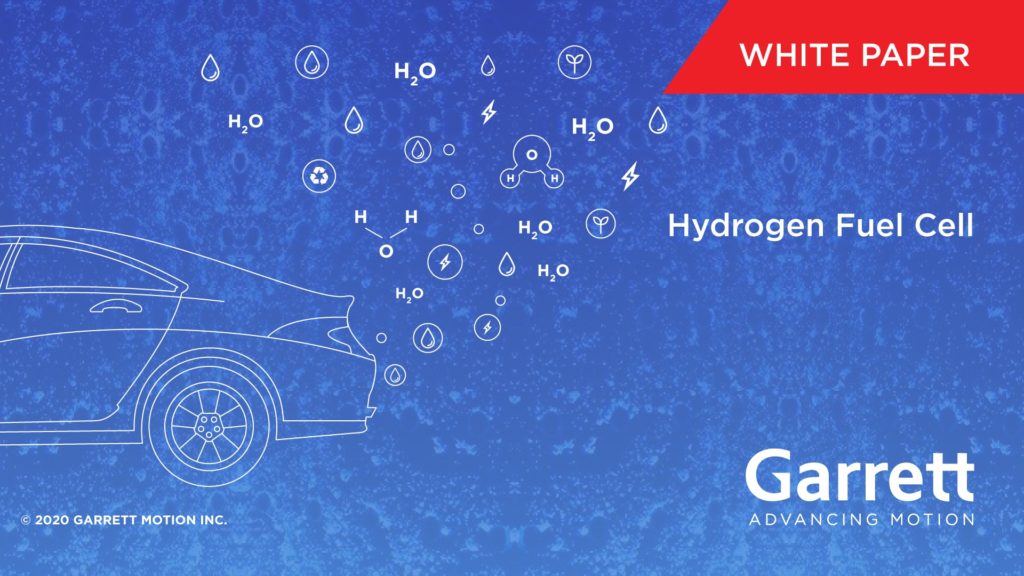 Hydrogen fuel cell vehicles don’t share this issue with BEVs, as FCEVs fill up–like their gasoline equivalents – in about five minutes (6). This short refilling time means that drivers aren’t inclined to walk away during a refill, unlike BEVs.

Overall, fuel cells are getting a hard look by manufacturers (and government policy makers around the world; we’ll have more to say about that in an upcoming article), but BEV development continues in earnest.

We at Garrett believe the world will require battery electrics and fuel cell technologies to move toward more efficient, renewable and lower carbon transportation in the coming decades; we caution against an attitude of “either/or” – both technologies have advantages over the other, yet each has better uses and each should be thoughtfully deployed.

In short, the world is very much going to need both.

In addition to this commentary, you can learn more about fuel cells technology by downloading the full Garrett white paper by clicking here