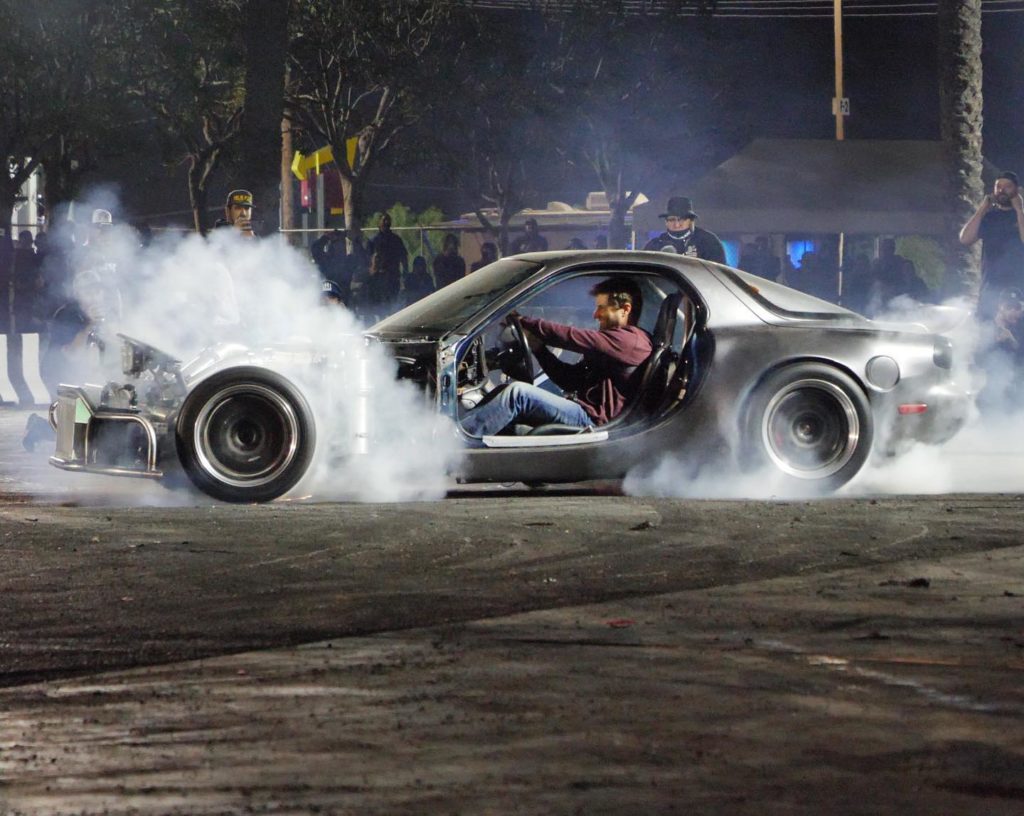 We have been big fans of Rob Dahm and his YouTube channel since 2016 when he was our SEMA booth feature vehicle. SEMA is the largest automotive tradeshow in the world with 2,400 vendors and over 160,000 attendees and media. It’s the one place to go if you want to make a product announcement, or release a feature build. Rob had been working on his AWD all-wheel drive 4 rotor Mazda RX7 and had finished the suspension based off Ken Block’s Hoonicorn, a custom elongated fiberglass wide body, and had the engine block mounted with a big Garrett GTX5533R fabricated to a manifold. It was not a running car at the time but it was a crowd pleaser.

Now fast forward a few years to March of 2020, the RX7 has a running motor and transmission and hit 1000 horsepower on the dyno (click to see the video) not just once but many times. He’s well on his way to making his dreams come true with the car. In a crowd pleasing debut, Rob took the car to the 2020 Hoonigan Burnyard Bash in Irwindale, CA, hooked the car up to a container and roasted a fresh set of Toyo Tires in homage to Ken Block’s all wheel drive burnout in the Gymkhana series.

Click below for a short video feature on Rob followed by his all wheel burnout. All this and more is available on Rob Dahm’s social media channels @RobDahm 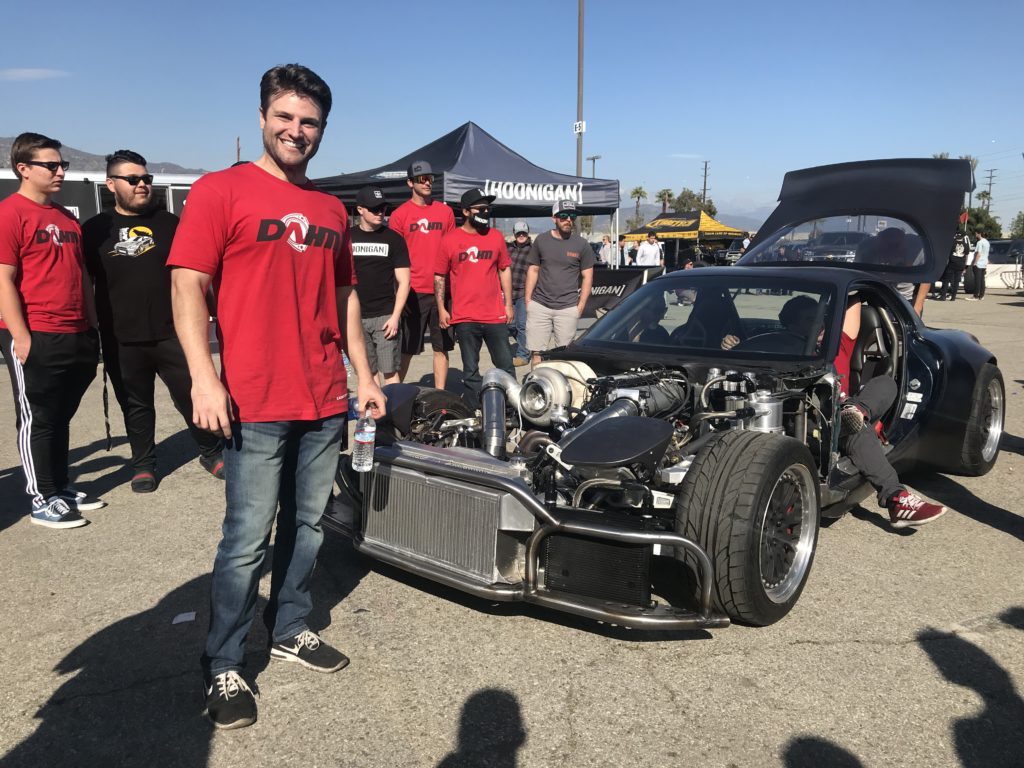 Rob was all smiles at the recent Hoonigan Burnyard Bash where is showed off the RX7 to the southern california crowd. 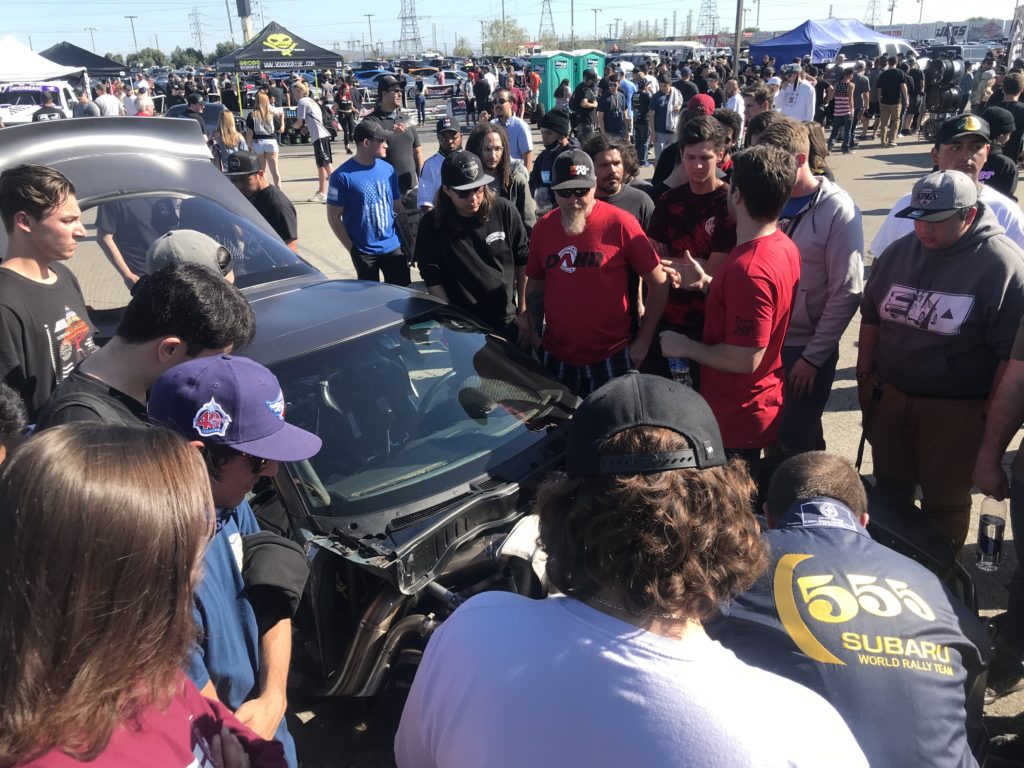 Rob answering questions and taking pictures with fans throughout the show. 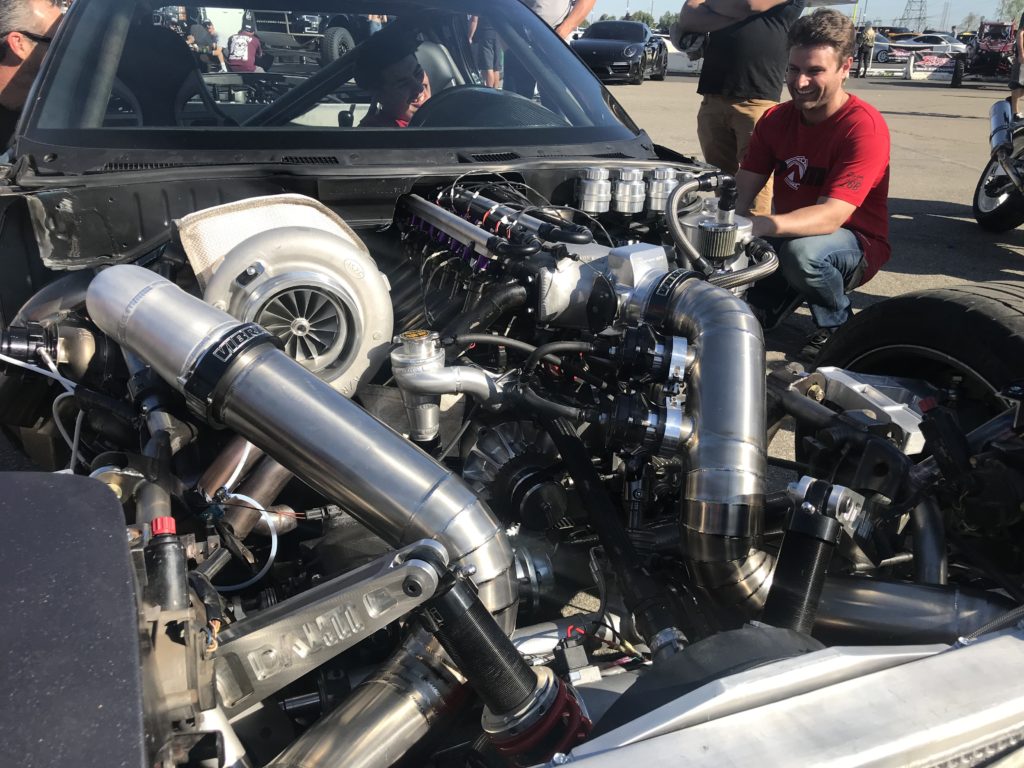