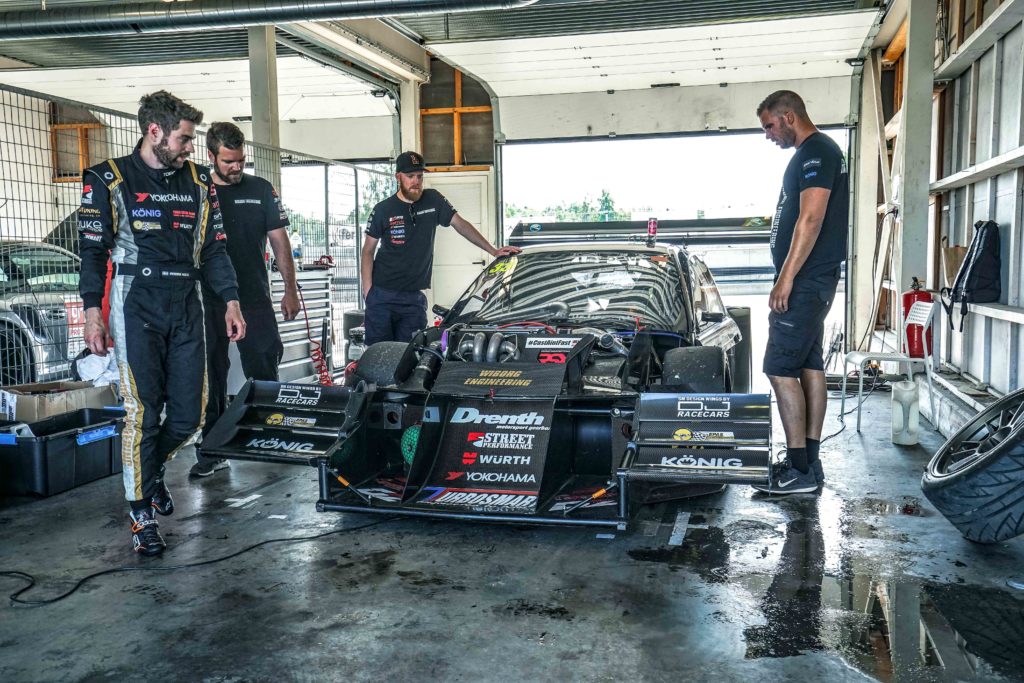 Wiborg Engineering Race recap – The Kings of Mantorp on 3 cylinders!

Congratulations to the Wiborg Engineering team on their overall victory at the King Of Mantorp Time Attack Event at Mantorp Park. The Evo 2.0 chassis and 4G63 engine paired with a Garrett GTX3584RS has won 3 consecutive championships at this track. Their lap time of 1:12.1 was only 0.3 seconds off their own record and they managed to do it on only 3 cylinders. 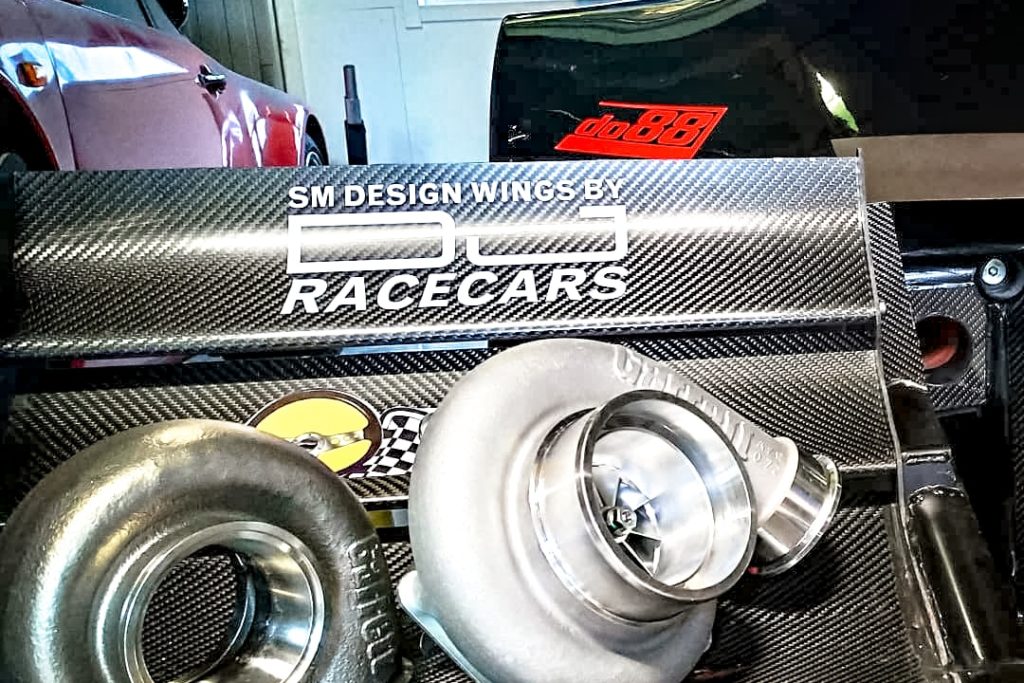 2 weeks ago it was time for our biggest race of the year, the annual King of Mantorp event at the holy time attack ground of Mantorp Park. Being the reigning Unlimited champions the last 2 years and holding the current tintop track record it was safe to say we were the favorites for the title and the aim was to beat our old record from 2019. However the curse of Mantorp that saw us having 2 engine failures last year (the only 2 of the season) was not to disappear.

Coming to the track Thursday morning for free practice it was the hottest race day we have had in Sweden up to date with temperatures above 30 degrees C and scorching sun bringing the track temperatures well above 50+ degree C which in itself was far away from optimal for us with our super soft compound Yokohama A005 tires and with such a small displacement engine running high boost it would mean we would be significantly down on power compared to earlier years.

Things was however to get a lot worse, already on free practice 2 disaster struck as the high ambient temperatures saw our water temp rise above 100 degrees C (no problem in itself) while at the same time the radiator pressure cap failed thus releasing a lot more water then it should making us push out more than 2 litre of radiator fluid over the very long straight, by the time we got to the end of the straight and turned around the slow corner after the long straight the water temp suddenly shot up to 120 degree C and the engine was immediately shut of (electric water pump continued to pump coolant through the engine). However the damage had already been done to the exhaust valves in the newly fitted SME race cylinder head. 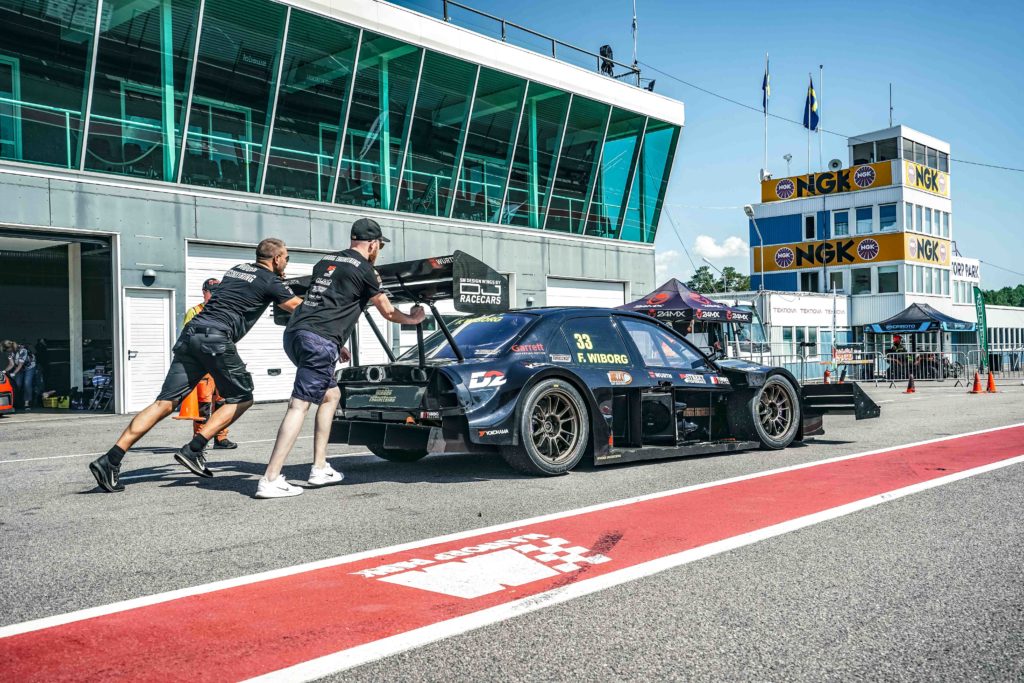 Going out for practice 3 we immediately noticed a lack of boost build up and power, also we could see the engine temp was increasing quicker then before so we understood something wasn’t right with the engine at all. The rest of the Thursday was used trying to work out how to get the engine to run as good as possible under the circumstances.

Coming in to race day we knew it was just a matter of time before the engine would call it quits complexly so we decided to put on the fresh rubber already in Q1 and try to set a good time. Said and done we managed to get a lap time of 1:12:6 only 0.8 sec of our own track record and for sure good enough to bring us into the shootout final.

Q2/Q3 was spent trying to find an engine setting allowing us to at least get a decent running engine that would last 1 lap for the shootout final.

Before going out to the shootout final where the top 5 from qualifying had 1 lap to decide who would win the King of Mantorp title we had internal discussion in the team if we should go out or not, the engine was in such bad shape we didn’t think it would last a complete lap and even if it did the lack of boost buildup and power due to huge exhaust leaks in the severely damaged cylinder head we didn’t even think we would have enough power to set a time good enough to win. 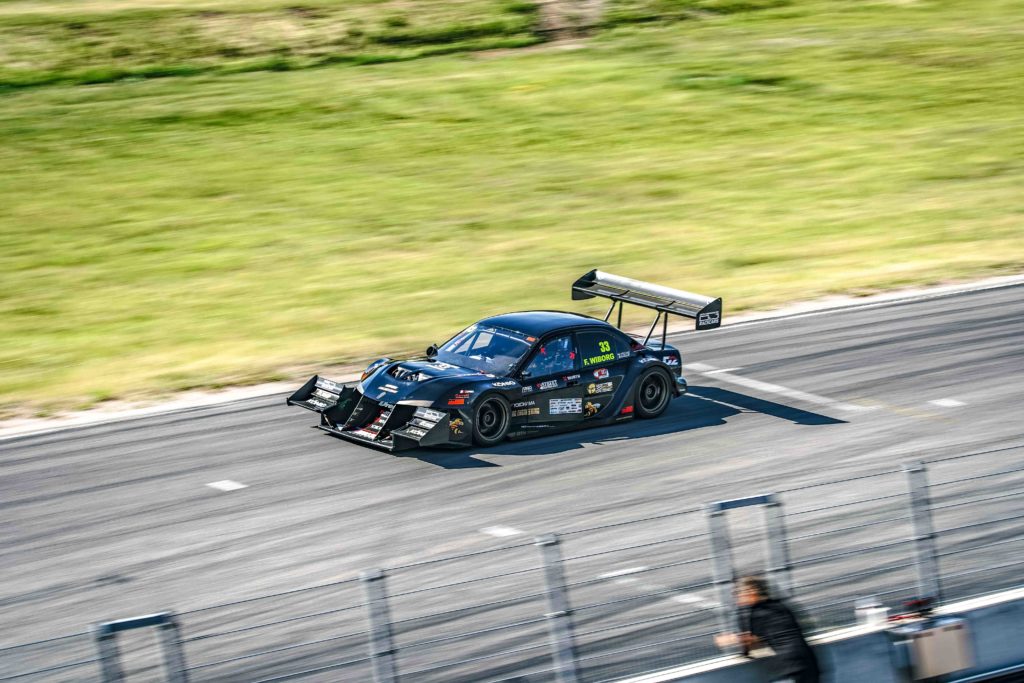 As losing is not an option for us and with a 100% win rate the last 3 season we put on some more fresh rubber made some changes to the engine ECU and pushed the car out of the garage.

Even before coming out on the track it was almost over since the engine compression was now so bad we couldn’t even get the engine fired up on the starter but luckily it just came to life when the team pushed started it.

The shootout lap was an absolute flat out attack trying to cover for the engine, coming into the last two turns on the track the time actually showed that we were on-route to an amazing 1:10:xx lap however coming out of the second last turn the engine suddenly stopped firing completely at cylinder 3. Fredrik kept the pedal planted and with the engine sounding like a machinegun and spitting huge flames out the exhaust the car crawled over the finish line on 3 cylinders. The time amazingly showed 1:12:1 only 0.3 sec away from the overall tintop track record and the time was well enough to win the event.

This victory will rank as the best one of our 3 King of Mantorp titles having fought the entire weekend with Mikael, Marcus and Lucas not getting a single second of rest in the garage for 48 hours in the insane heat and to end it on 3 cylinders crawling over the line meant all that work had been enough to secure the win in the end.

Its safe to say that we will have to return to this cursed track of our later this year to show just what the potential of the gen 2 chassis is but for now we will take a very well earned vacation with the 100% win rate and a 3rd consecutive King of title.Huge shoutout to our families and sponsors/partners making this possible and helping us constantly push the limits of time attack! 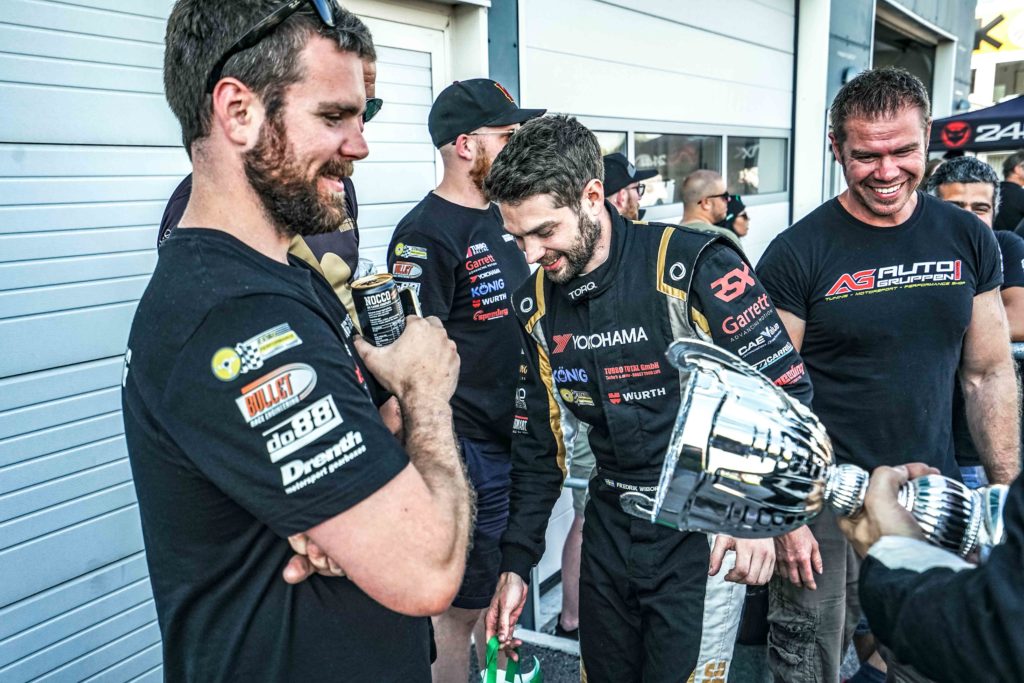